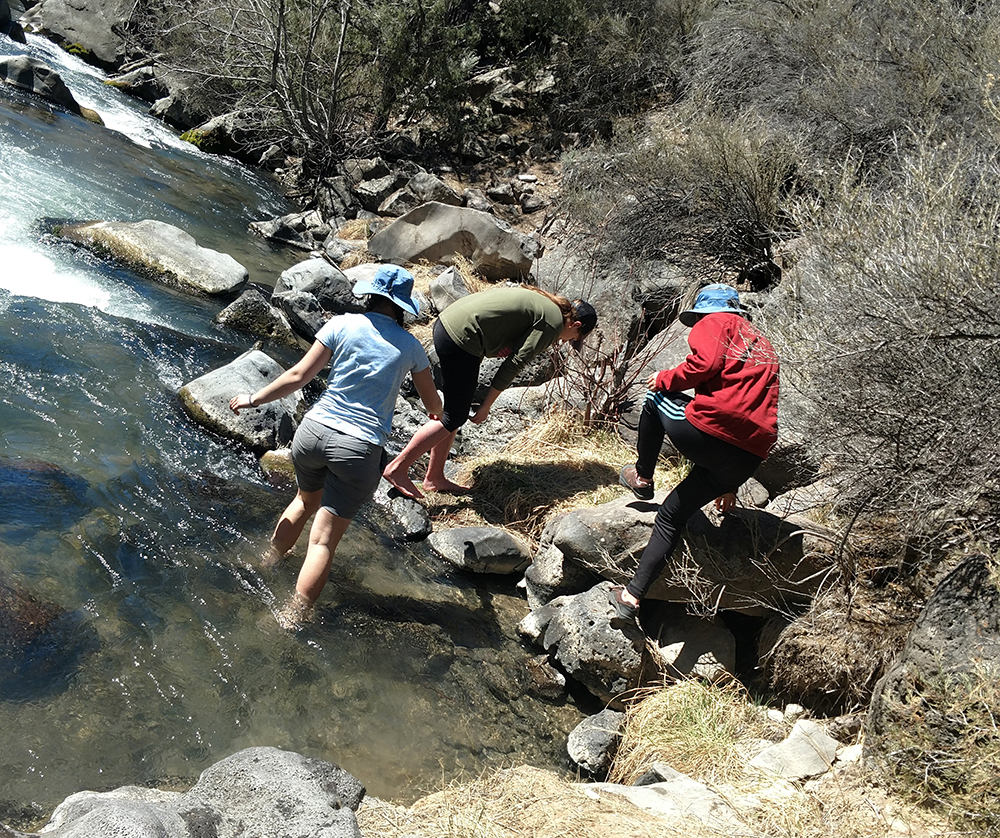 Students from MVHS participated in releasing 5,000 native Cutthroat trout fingerlings into the Rio Grande del Norte National Monument on Friday, March 30th along with about 200 additional volunteers. Each student carried a bag with 2-4 gallons of water with up to 50 fingerlings, the finger-length juvenile fish. The students hiked the La Junta trail along the Rio Grande Gorge. It was a beautiful day to be out in the wilderness. 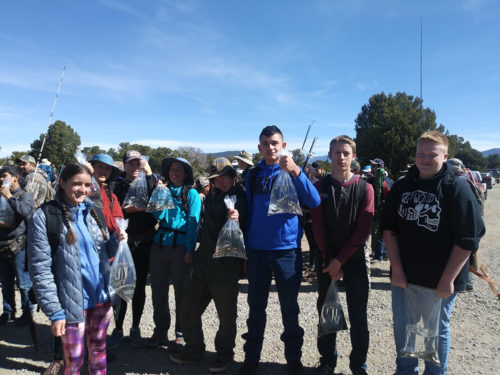 The students arrived at the river banks after about half an hour of hiking. The bag of fingerlings were to be held in the water for 10-15 minutes before releasing them. Once the fish were acclimated to the cooler temperatures of the river, they were then released. The fingerlings stayed near the shore where there was no rushing water. Students ate lunch and waded along the river exploring different areas around where they released the fingerlings. It took the students about an hour to hike back up the trail. Students enjoyed the experience of this field trip.